New This Is Spinal Tap Slot 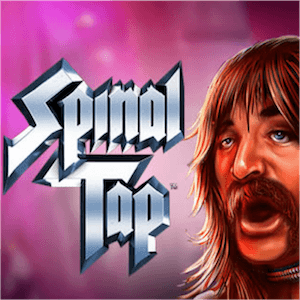 When thinking back on the mid 1980’s many people instantly remember the comically funny antics of the rock music mockumentary This Is Spinal Tap, which was co-created and directed by Rob Reiner. The mockumentary followed the antics of a British rock band and explored the typical pretentiousness and behaviour by rock bands at the time. So spot-on did it turn out to be, that in 2002 it was declared as having been historically, culturally and aesthetically significant by the US Library of Congress and as such, was selected for special preservation by the United States National Film Registry.

But it turns out that historical preservation and the dusty shelves belonging to 80’s movies fanatics wasn’t to be the final stop for the cult classic, as the magic was recently re-captured by the creative team at Blueprint Gaming.

You guessed it; This Is Spinal Tap has now been developed into a slot! Blueprint recently acquired licence and development rights from Studiocanal, the intellectual property owners of the original This Is Spinal Tap idea/brand, and swiftly proceeded to recreate the characters David St. Hubbins, Derek Smalls and Nigel Tufnel into a bit of gaming and entertainment value.

Players can now live out their 1980’s rock band dreams by playing This Is Spinal Tap at all participating Blueprint online casinos.

In the scope of the slot, band members make their appearance as award-winning symbols on the game’s 5 reels and three rows, and the slot has been designed around the 243 Ways to Win concept, affording multiple opportunities to win.

The game’s special feature is Rock Mode.  Rock Mode is triggered at random throughout the game, and when this happens, the 243 Ways to Win suddenly becomes 2,187 Ways to Win! This is achieved by the addition of 2 additional reels onto the existing reel set.

This Is Spinal Tap also presents with a special bonus round, during which a turntable appears on screen. The turntable is spun into action and a number of wild symbols are awarded, depending on where the needle rests after the turntable has stopped rotating.

The developers have also included a very special feature that awards the player with 11 free spins. Blueprint Gaming has recently announced that this special feature provides players with a VIP pass that includes a super bet and game modifiers.

80’s rock action has never been this rewarding!