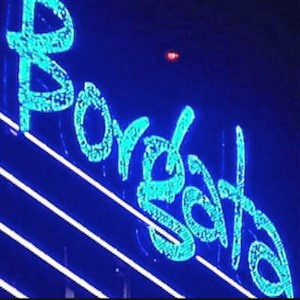 Atlantic City’s iconic Borgata Casino has just revealed a new set of plans under which it will invest over $12 million in the American sports betting industry. Under the establishment’s plans, it will invest its cash into its own proprietary sports wagering project, along with the addition of related amenities at its popular gaming venue.

The casino’s management team also announced that it would be launching a brand new project – Moneyline Bar and Book – on June 29 this year. The new project includes the addition of a sports bar and fresh betting facilities at the casino’s floor. The proposed bar and lounge that will be added to the venue soon has even been given a swanky new name; Level One.

Marcus Glover, the President of Borgata Casino, has noted that his team knew it wanted to supply its guests with an experience that offered more than just transactional value for sports wagering. He said that he and his team felt that guests at the Borgata deserved an offering that would revive the market by fusing sports, entertainment, gaming, culinary delights and Atlantic City’s nightlife into a single destination experience.

According to the plans that have been unveiled so far, the establishment will soon be hosting no less than six new sports betting windows for its real money patrons to take advantage of. Customers will also be able to experience the thrill of classic slots and table games, all of which will be available within the bar and its accompanying lounge and attended by live, fully trained dealers and croupiers.

A number of states in the US have already launched legal sports betting services following the abolishment of the PASPA sports betting ban last year. It was in May when the US Supreme Court decided to liberate the wagering industry across the nation, giving individual states the power to regulate and manage their own punting industries.

At the present, around 10 states have already legalized and regulated the practice, with many more following suit. By the end of the year, it is expected that as many as a dozen more will have done the same, paving

The Borgata Hotel and Casino is a hotel, gambling facility and spa based in Atlantic City, New Jersey. It is owned and operated by MGM Resorts International, and first opened its doors in July of 2003. The venue’s casino spans a total of 15,000 square meters, while its hotel section offers 2,002 luxury rooms.