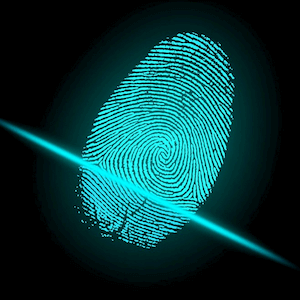 Biometric systems, including facial and fingerprint recognition, are more commonly being deployed in land-based casinos. But the more common they become, the more a debate rages on how this cutting edge technology should be handled. The obvious benefits are being weighed up against potential misuse, with advocates on both sides demanding that governments take action.

In terms of benefits, these systems help casinos identify registered problem gamblers. The process is done quickly and efficiently, notifying casino staff before the offender has even entered the premises. The same system can likewise be used to personalise a casino-going experience for regular visitors, significantly improving service. But the question being asked is; what else is the gathered data being used for?

Detractors suggest that gambling establishments could use the same data to manipulate guests, potentially in unethical ways. For example; a visitor could be encouraged to spend more money, using personal information gathered over multiple previous visits.

This potential misuse is why privacy attorney Peter Hanna is suggesting that specialised regulations be introduced. According to him clear laws should be set in place regarding biometric systems, and how they operate. Such laws already exist in Texas and Washington, but are completely absent in most parts of the world. California, however, is set to adopt the Consumer Privacy Act (CCPA) in 2020, which will address the matter.

Opting In Is Consent

Senator Catherine Cortez Masto put a bill before the United States government. Among many other privacy topics it addressed, biometric data collection was central. The bill suggested that data of this type only be collected under direct consent from citizens. If the bill been passed, every casino would have had to get visitors to agree to have their faces scanned, and for a database to be collected regarding their habits. The bill was not passed.

But Hanna suggests that another bill is in the works, which could be a model for all states to create their own laws. It is called the Illinois Biometric Information Privacy Act (BIPA,) and has seen a positive reception. A significant aspect of BIPA is that it is based around a previous case where a 14-year-old visitor’s thumb was taken as he entered an amusement park. The print was taken without his consent, culminating in a lawsuit from his parents.

According to Hanna, this makes the bill perfect for adoption into casinos, where similar circumstances may arise