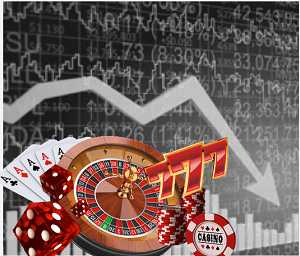 In the wake of what has now been named the deadliest mass shooting in America, it was only natural that the tourism and leisure industry were affected, both in Nevada itself, and at home in Canada. 59 lives were lost and more than 500 people were injured when a lone shooter identified as Stephen Paddock opened fire on an open-air music festival. In the wake of the attack, the Mandalay Bay Hotel that falls under the MGM Group saw its stock fall by 5.6%.

The MGM Group’s stock drop was certainly the largest, but other prominent destinations and groups, such as Wynn Resorts, fell too. In Canada, the Great Canadian Gaming Corp stock went down by 0.28% too. What is most interesting here, however, is what has happened across the tourism industry since the initial dip; there has been rapid and sizable recovery.

In 2016 more people visited Las Vegas from Canada than anywhere else, with 1,440,846 individuals making the short trip across the border. Although 4 Canadians were killed in the shooting and many more were injured, that number does not really seem to have been affected by this. Canadian gamblers seem very eager to get back on the horse, as it were, and not live in fear of travelling to the bright lights of Vegas, in much the same way as it is important for a player to keep going and not get discouraged after a loss on their favourite casino game, as a loss can well be followed by a big win. This attitude seems to extend to other parts of the world too. Following the mass shooting in an Orlando nightclub in 2016, worldwide concerns about the spread of the Zika virus in the same year, the London Bridge attack in June 2017 and other recent horrific circumstances, national tourism industries and services have been bracing themselves for the worst. Yet the expected dire consequences and the crushing effect on stock markets and economies didn’t happen; in Paris, there was a small decrease in tourists after the attacks in November 2015, but the figures had all bounced back by 2016’s close Las Vegas is considered one of the premier destinations in the world, and not only for the gambling pleasures that it offers. Resorts and casinos are now grouped together, and Vegas has been recognised for its standing as an appealing place to hold a business convention and to get away and enjoy great shopping, nightlife, spa treatments, golf, dining and entertainment. If no other major tourist destinations are experiencing drops in the number of visitors after terrible events, why would one as popular as Vegas? In this situation, the fact that the number of Canadians visiting Sin City has not dwindled much, in spite of airlines being willing to make concessions to ticketholders for imminent trips to the Strip, is not the interesting thing. What is interesting is why this general trend is happening.

Travellers Seem to Have Short Memories 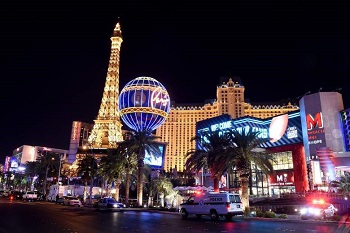 When the tragedy of the Twin Towers being struck on 9 September 2001 occurred, it took the tourism industry in New York City a long time to recover. Yet as we see the huge increase in terrorist attacks and natural disasters around the world, a trend of quick recovery and return of tourists has also been noted. Essentially, it seems that as the world becomes, sadly, more accustomed to such events they do not take us so long to get over. It also seems that travellers are realising that they cannot live their lives in fear and that bad things do happen, and cannot be prevented or foreseen. In a world that is as uncertain and plagued by problems as ours is right now, we need to find happiness and joy wherever we can. And it safe to say that Vegas certainly delivers on fun, in every way!