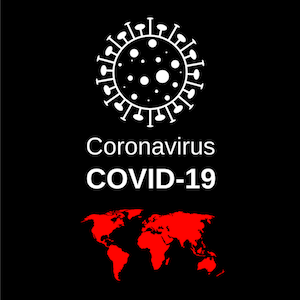 For centuries, players have understood that the house usually, if not always, wins. Until now, that is, because the coronavirus epidemic continues to shut casinos, cancel major sports events, and send stock prices tumbling around the world.

Not only are travel restrictions and event cancellations wreaking havoc, but many players may also be diverting what would have been gaming funds into preparation for self-isolation and into medical expenses.

Macau First To Be Hit

Asia’s gambling capital, the autonomous south Chinese region of Macau, was one of the first gambling centres to be affected by the COVID-19 outbreak. Authorities ordered the longest casino shutdown the region has seen since they were closed for 33 hours following Typhoon Mangkhut two years ago.

In February 2019, the Macau’s casinos reported revenues of 25.4 billion patacas. According to the region’s regulator, the 15-day closure from 5 to 20 February this year saw revenues plummet by 87.8% to a mere 3.1 billion patacas.

Italy has been battling one of the largest novel coronavirus outbreaks outside of China. More than 1000 people have died because of COVID-19.

According to reports, the prime minister announced that restaurants, bars, and shops that sell non-essential goods or services will be closed to try to contain the outbreak. Among the affected establishments are Italy’s 200 Bingo halls, 5000 arcades, and 6000 betting shops.

The Circus France-owned Carnac Casino became the first French casino to close due to the outbreak. This came after nine people tested positive for the coronavirus in the department of Morbihan.

The casino was closed by prefectural decree as a precautionary measure. It is expected to reopen on 14 March.

Sin City is starting to feel the pinch of the COVID-19 outbreak, particularly because the number of gamblers from Asia is dwindling. Not only are travel restrictions taking their toll, but the high-rolling Chinese players Las Vegas is accustomed to hosting are facing economic woes of their own.

Vegas also stands to be negatively affected by the cancellation of an Asian leaders’ summit as well as of Google and Adobe events. Furthermore, the rapidly increasing number of cases in the US also puts Sin City’s fortunes in jeopardy.

According to reports, Detroit’s casinos remain open for business. However, they have instituted various measures to try limit the spread of the coronavirus.

Venues such as Greektown, MGM Detroit, and MotorCity have added hand sanitation facilities throughout their complexes, increased the amount of fresh air circulated through the complexes, and increased the cleaning of game machines, menus, door handles, elevator buttons, carpets, and restrooms.