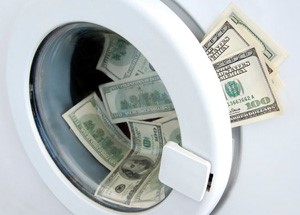 A flurry of media reports alleging money laundering practices at Vancouver’s River Rock casino resort have been dismissed by casino operator Great Canadian Gaming Corp. The operator released a statement denying the allegations that came to light following the publication of a long-forgotten government report into money laundering at British Columbia casinos. According to the government report, casinos in the province have been all too willing to accept multi-million dollar chip purchases from VIP Chinese gamblers. The report further alleged that the gamblers were in possession of bags of $20 bills.

Great Canadian ‘Not Under Investigation’

In the statement issued by Great Canadian, CEO Rod Baker claimed that the media reports alleging money laundering were untrue. Baker emphasised that the company was not being investigated in any jurisdiction. According to the statement, casino operators are not required to report suspicious financial transactions to the country’s federal financial body, FINTRAC. Instead, operators report suspicious activity to provincial gambling bodies such as British Columbia Lottery Corporation (BCLC), who, in turn, are required to assess and review unusual transactions to determine whether or not those transactions should be reported to FINTRAC. Baker stated further that the operator’s casinos do exchange large cash sums for checks. While casinos in the province may issue checks for verified winnings less the buy-in amount, they also maintain a convenience check policy which can see cash buy-in returns of as much as $10 000 per week. Provincial casino checks may also be received from Patron Gambling Funds, although such checks are marked as return of funds, rather than winnings.

Despite Baker’s assurances that Great Canadian Gaming’s River Rock casino resort staff followed due procedure required by BCLC, FINTRAC previously expressed concerns about the provincial body’s handling of suspicious transactions at the casino. Last year, FINTRAC sent a letter in which it claimed that the body’s staff found that River Rock staff were not trained sufficiently to recognise suspicious transactions. However, in the statement, Baker emphasised that River Rock staff played a crucial role in identifying the suspected money launderers to the Royal Canadian Mounted Police; a move that enabled the police to file charges against two suspects.

Reports in the Vancouver Sun and other publications claimed that documents released recently show that almost 80 per cent of the $6.7 million worth of suspicious buy-ins were handled by River Rock in 2015. Incidentally, that year also saw the casino account for more than 40 per cent of Great Canadian’s revenue. The operator oversees more than 20 gambling facilities in Canada and the USA. The reports also claimed that operator executives met with BCLC managers to discuss a VIP gambler’s $645 000 small-bill chip purchase. It further alleged that the gambler had used $5000 chips received via deliveries from suspected criminals in casino parking lots, as well as unsourced cash. Another allegation contained in the report was that significant amounts of $5000 chips had disappeared from the casino. It was also claimed that, while BCLC executives had hoped to interact with the gamblers responsible for the suspicious buy-ins, River Rock’s executives insisted they meet the suspects first.