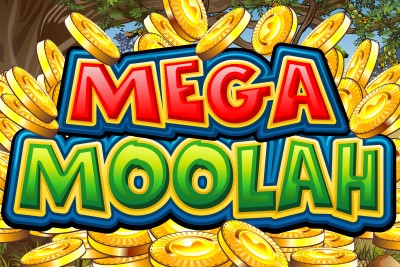 Microgaming’s Mega Moolah progressive slot is probably the most famous progressive game among those who are looking to win life-changing cash prizes. Now, the infamous slot has paid out its Mega Jackpot for the second time in just two weeks, making its latest winner a whopping €938,306 (CAD$1.41 million) richer. The latest jackpot was awarded to a player on November 15, and the lucky win has an interesting story behind it this time, too. The player in question won the impressive prize on the very first day of his playing at a new online casino, showing that big prizes can land literally at any time and for any player!

Much Larger Cash Prizes At Stake

It was just last year that the Mega Moolah slot celebrated its 10th anniversary, having been released at Microgaming casinos for the first time in 2006. The progressive slot has created countless millionaires ever since, and even holds the prestigious Guinness World Record for history’s largest-ever online slots jackpot at £13.2 million. However, despite $1.41 million certainly seeming like a massive sum of money, the player’s win actually fell far short of the average payout for this slot, which sits at the mark of over $5 million. So, although the winner is surely impressed with his prize, there are much larger fortunes on offer for future players of Microgaming’s cornerstone game. The reason behind the lower-than-average win is that the jackpot was hit two times in a very brief period of time. Not even two weeks after the previous win had been paid out, the Grand Mondial casino player triggered the jackpot yet again; but seeing as it accumulates over time, it did not have enough time to amass its normal astronomical value before it struck on November 15.

Regardless, the win is proof that progressive slots jackpots are truly random in nature, and can create another millionaire in an instant, no matter where they come from, when they play, or how long they have been spinning the reels at their favourite casino. Sometimes these jackpots can take months to hit, while at other times, multiple players can go home richer in the space of just a few weeks! Mega Moolah is Microgaming’s cornerstone progressive offering with an African safari theme. Offering animal-themed symbols and graphics, the slot offers four unique progressive prizes that accumulate continuously through the Microgaming progressive network. Mega Moolah is also fully optimised for mobile devices, and offers the same massive prizes for mobile players as it does for those using desktops and laptops.