MGM Named an Honouree for The Civic 50 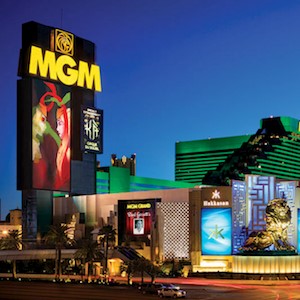 Las Vegas-based gambling giant MGM Resorts International has been recognized for being one of the United States’ most community-minded organizations. The company was recently named one of The Civic 50’s honourees by Point of Light.

Point of Light is an organization dedicated to volunteer service in America. The group has granted the aforementioned accolade to the Nevada-headquartered hospitality and entertainment group after naming it one of the top 50 leaders in the corporate community involvement landscape.

Firm Speaks Out About the Accolade

The top 50 companies have been ranked according to a strict national standard for superior corporate citizenship. The benchmark is designed to showcase how progressive companies can utilize their skills, their resources and their time to create lasting positive impacts on the communities around them.

Commenting on the award, MGM’s Chief Diversity and Corporate Responsibility Officer Phyllis James has noted that her company is proud to have received the honour on behalf of its many employees who have dedicated their time and money to helping those in need.

The accolade, she says, is a testament to the value that MGM places on community service and support to its neighbouring communities and schools. According to James, the company’s employees are always happy to give, regardless of their personal circumstances, and have set a great example of how everyone can care for one another and their communities in their own individual ways.

Praised for being the only ranking system that exclusively measures corporate community involvement, the award was administered by True Impact. True Impact are specialists that aid organizations in a bid to measure and maximize both their business and social value to the world around them. Honourees selected by the firm are both private and public US companies with revenues of $1bn or more, and selections are based on four categories; social investment, impact, institutionalization, and integration.

After a scoring process consisting of multiple-choice and quantitative questions has been completed, those that make the rankings are announced at the annual Points of Light conference in St. Paul, Minnesota. It is here that corporate citizenship pioneers gather to speak about civic engagement, multi-sector collaboration, and social innovation, among other imperative topics.

Commenting further, president and CEO of Points of Light Natalye Paquin has said that The Civic 50 truly serves to highlight the commitment of civic and community engagement when it comes to America’s leading corporations.