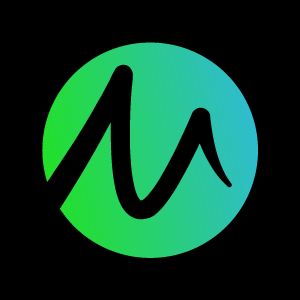 Widely respected iGaming and casino development company Microgaming are confirmed to be heading to the International Casino Exhibition (ICE) in London. The showcase by the company is expected to be a highlight of the event, with rumours suggesting that numerous new games are to be showcased.

Though, Microgaming are known to do more than simply demonstrate their games to guests at exhibitions. Instead, the anticipated Microgaming Bar will once again be set up, which combines casino game technology demonstrations with live music. The Bar will run from the 4th to the 6th of February, with hundreds of international casino industry guests expected to be in attendance.

A Big Year Ahead

Microgaming have truly been making waves in the iGaming industry lately. The mega-corporation announced that they anticipate as many as 100 exclusive in-house casino game releases over 2020. This number in itself is impressive, but made significantly more impressive when partnered development studios are also taken into consideration.

An additional 240 titles are also anticipated over the course of the year, created via third party developers now falling under the Microgaming publishing umbrella.

9 of these partnered studios are confirmed to be present at the ICE Exhibition, each showcasing their own range of unique online casino content. Between the 9 developers, Microgaming has promised that guests will be immersed in a world of dazzling visual showcases and unique content demonstrations. Plus, it was also promised that all the revealed titles would all be fully customisable.

WowPot And Other Innovations

One highly anticipated casino game that will be revealed is Sisters of Oz, follow-up to the highly successful Book Of Oz slot. Developed by partner-company Triple Edge Studios, Sisters Of Oz promises to not only be a dazzling visual experience, rich with fantastical graphics and stunning imagery, but will also feature the new WowPot system. WowPot is Microgaming’s reconfigured progressive jackpot network, said to be an evolution of how players perceive the biggest possible casino wins.

Another game rumoured for reveal to the world at ICE London is the highly anticipated Aurora Beast Hunter, a creation of Just For The Win. Aurora Beast Hunter will transport players back to the 90s, when action movies were simpler, and going to the cinema was a big event. Though, of course, all in the form of an online slot.

All eyes will be on ICE London, and expectations are that the Microgaming Bar will once again completely steal the show.