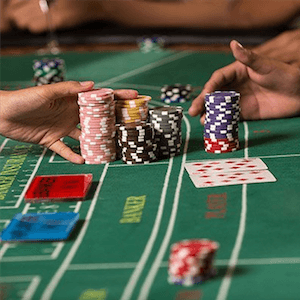 It has been revealed that a new film is in development, based around one of the most successful professional players in history. Titled The Baccarat Machine, the movie will tell the tale of real life gambler Cheung Yin “Kelly” Sun, who was thrust into the spotlight after an article detailing her life was published in Cigar Aficionado.

Anticipations are already climbing as particulars of the film are being released. The latest development is that the star of the comedy show Crazy Rich Asians, Nora Lum, also known as Awkwafina, is confirmed to be playing the lead role.

But the show is not already without its controversy, given that the real-life Baccarat player won much of her fortune via legally questionable means.

The article in Cigar Aficionado was written by well-known Las Vegas insider Michael Kaplan. Kaplan regularly writes material that exposes interesting events in the casino game industry, with some of his work being downright stunning. His work on Cheung Yin “Kelly” Sun shone light on the relationship between the professional Baccarat player and world-famous United States Poker player Phil Ivey.

In the article, it was explained how the pair banded together 2012, sinking hours into perfecting the legally questionable casino game method known as edge sorting. Once mastering the technique, the two descended on the Atlantic City based Borgata Casino. Millions was quickly won, but the casino was having none of it. A legal battle followed that shook the industry to its core.

Putting the controversy of the actual events aside, attention is now on Awkwafina. The talented rapper and actress recently proved that she has what it takes to go big, grabbing a Golden Globe for her performance in the musical hit The Farewell. She also currently starts in the widely loved comedy series Awkwafina Is Nora from Queens. So as far as talent is concerned, it seems as if The Baccarat Machine is on the right track.

But it will still be some time before this unique casino game-based picture is up and running. SK Global, in collaboration with Sharp Independent Pictures, have agreed to finance the production. Though a script has yet to be written, Andy Bellin has been given the job. In terms of directors, however, no decision has been made.

Either way, a film based on a casino game, especially the unique game of Baccarat, is certain to draw attention and drum up some interest.