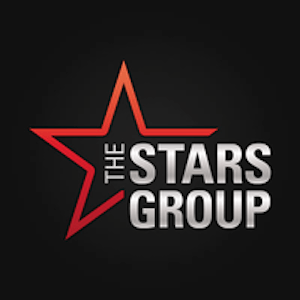 Toronto-listed online betting and gaming provider The Stars Group has appointed Anomaly as their lead advertising agency for their US business, and for their PokerStars brand globally. Anomaly was awarded the appointment following a detailed and competitive pitch that thoroughly impressed the Canadian iGaming giant. According to reports, Anomaly beat major London-based agencies for the account, including big names like McCann and Droga5.

The new appointment will see the agency work on developing key strategies and creative concepts for the Stars Group properties in the USA. This will include the newly announced partnership between the UFC and PokerStars.

Speaking about the appointment, Chief Marketing Officer at Stars Interactive Group, Christopher Coyne said that Anomaly’s creative pitch blew them away. It was clear to them that they would be the agency to work with going forward. He believes that this partnership is the beginning of a new and exciting development for their brand going forward. The Stars Group cannot wait to show off the results of the new appointment.

The Stars Group has been on a major push to review its marking operations since the beginning of 2019. Over the paste few months, the company fully absorbed the assets of Sky Betting & Gaming, more commonly known as Skybet. They also combined their assets with William Hill Australia and CrownBet to form a new Australian bookmaker, BetEasy.

In March this year, the Stars Group confirmed that they were looking for a UK-based media agency for their SkyBet and PokerStars properties as part of their post-acquisition strategy. Anomaly came to their attention, since they brand themselves a “new mode” agency that specialises in international campaigns with high engagement.

Up to the Task

Anomaly runs an impressive list of big-name clients including Unilever, IKEA, Ancestry.com, YouTube and Dick’s Sporting Goods. Their track record has been impressive over the years, and their client base includes some of the biggest brands in the world. For the Stars Group, it made sense for the gaming operator to align themselves with such a high-profile agency.

Speaking on behalf of the company, CEO and London Office Partner, Camilla Harrisson said that they vision of the Stars Group demands all that Anomaly can provide. They are the perfect partner for the firm at the right time.