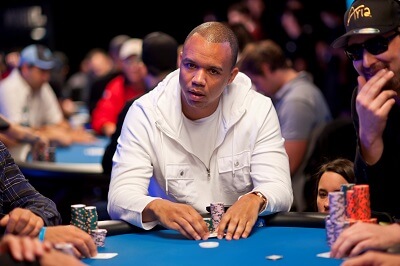 Poker icon and professional player Phil Ivey has graced news headlines recently for all the wrong reasons, having just lost his battle against London’s Crockfords Club casino after the establishment accused him of cheating his way to millions’ worth of winnings using the controversial edge sorting technique. However, now Ivey has been involved in a news story with a far more positive twist. The poker legend has yet again confirmed his faith in the growing crypto-poker gaming industry by signing a new deal with cryptocurrency poker start-up business Virtue Poker. Ivey, who has been the winner of no less than ten WSOP bracelets so far in his career, is widely considered to be one of the greatest poker players in the world. Now, the icon will be joining fellow poker celebrities Dan Colman and Brian Rast in the new deal, who partnered with the start-up firm themselves just a few months ago.

Ivey will be assisting Virtue Poker with its product and strategy development portfolios, enabling it to reach new regulated poker markets. The player will also be helping the company to boost its brand awareness and overall reputation in the hugely competitive poker industry. Commenting on the deal in a recent press release, Phil Ivey had only positive things to say about the massive impact cryptocurrency and Blockchain technology has had on poker. He noted that he is looking forward to working with the Virtue Poker team as its strategic advisor, and stated that he believes its new peer-to-peer Blockchain solutions can add ‘significant value’ to the world of online poker. Virtue Poker and its products are based around one specific cryptocurrency: Ethereum. It uses a peer-to-peer shuffling programme called Mental Poker, solving the issue of site liquidity by instead having poker players use this cryptocurrency to fund their digital wallets. Tournament buy-in funds are sent to an escrow account using an Ethereum smart contract, and at the end of each poker game, this contract is automatically terminated and winnings are paid out.

A Long Way Still To Go For Virtue

While Virtue Poker’s link-up with Ivey is no doubt a feather in its cap, the firm still has a long way to go in attracting new players before it can be considered a poker industry leader. Virtue Poker co-founder Ryan Gittleson has termed the acquisition of players as an ‘uphill battle’, but highlighted that obtaining liquidity and strong user acquisition campaigns are the most important facets to tackle in order to achieve this.’ Gittleson is seemingly correct in his statement, as the acquisition and retention of players seems to be the biggest challenge for the majority of cryptocurrency start-up enterprises. However, the executive remains positive that, thanks to partnerships with some of poker’s largest icons, Virtue Poker will have no trouble reaching the top.