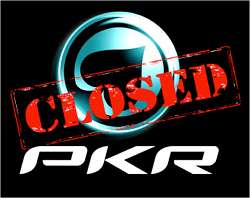 The approximate 60 000 players who were left without access to their accounts and their money when Poker website PKR shut down will soon have a good story to tell. PokerStars announced it will refund those players in full, with no strings attached. The independent United Kingdom-based PKR website ceased operations in May, allegedly due to business misadministration, only months after joining the MPN Microgaming Poker Network. According to PokerStars’ head of corporate communications Eric Hollreiser, the Canada-based Amaya Gaming-owned Poker website will deposit players’ PKR funds into their PokerStars accounts. Players will be able to access their funds almost instantly, after having followed a simple procedure. If players do not have a PokerStars account, they will be able to open one, complete the necessary steps, and access their reimbursed funds. The website has signed an agreement with the administrator appointed by the court, and has begun its email campaign targeting affected players. While PKR founder Jez San bemoaned the site’s closure as well as the amount of money he lost in the venture, he said nothing about the affected players. The founder may have approached it as a simple fact of a business turned bad, as UK law does not require operators to protect players from the effects of business insolvency by safeguarding their money in special accounts. In line with this, PKR offered players only a basic level of protection, which means any deposits made by players were simply part of business as usual. This boils down to telling players that, if the business goes belly-up, it’s their tough luck.

Doing What Is Right

Hollreiser said that the primary motivation behind the move was to do what the company feels to be right. He did add, however, that good business sense was part of the decision for the bail-out. The website has hopes that at least some of the PKR players to whose rescue it came will sign up not only to get their refund, but as new customers. According to Hollreiser, the fact that PKR players were simply included among the now-defunct site’s creditors was neither fair nor right. He went as far as saying that the situation was a result of not having proper player protections in place. Hollreiser said that, in contrast to PKR, PokerStars separates players’ funds from the site’s operating funds, and keeps them separate. He emphasised that players’ bankrolls belong to players, and that their funds should always be accessible.