Eldorado May Look To Merge With Caesars 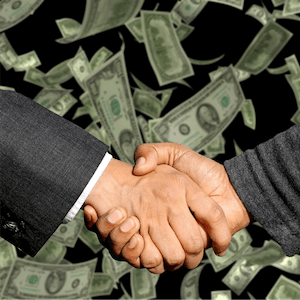 According to a source who wishes not to be identified due to his close involvement with one of the two parties, Eldorado Resorts Inc. has officially started with a due diligence investigation into Caesars Entertainment Corp’s operational and feasibility affairs. And said the source, it’s all been done on the hush-hush because in the event of a successful outcome, first-mentioned may be keen to enter into a merger with Caesars Entertainment.

If this were to happen, the US market may very well have to make room for an entertainment and gambling industry powerhouse. According to other informants who have spoken out about some of the details of the possible deal, it’s all come about thanks to pressure applied on Caesars Entertainment Corp by its biggest investor and largest shareholder; NY billionaire and entertainment business tycoon Carl Icahn. Icahn has apparently put Caesars Corp before an ultimatum: either merge or sell.

Caesars Not Your Typical Bait

But where exactly lies the interest-connection between Caesars and Eldorado? Interestingly enough, it was Eldorado Inc. that had recently bought Tropicana Entertainment for a smashing $1.85 billion. And who owned Tropicana before new owners Eldorado? None other than the very same Carl Icahn.

Before having entered into the deal with Icahn, Eldorado Inc. had as it stood then already owned 26 entertainment properties and venues across 12 US states. Newly acquired Tropicana runs casinos in states, increasing Eldorado’s book value by even more.

But it’s a different story altogether when Caesars enters the discussion. Few people realise this, but Caesars Entertainment Corp is only just clearing the bankruptcy bend-over line. By the time December last year rolled around, the entertainment giant found itself in the unfortunate spot of being $9 billion in long-term debt.

Only Extremes, No In Between

Whether the transaction will come to full fruition is anyone’s guess. To make matters even more uncertain, Reuters sources also claim that this won’t be the first time that the two parties have entered into M&A discussions; with not much more than research and paperwork having come from the fruits of the previous round’s labour.

In whichever direction the tables end up turning, if one thing is for sure, then it’s that Icahn will keep on pressing for a merger or a sale. The businessman believes that one of these will be the only way to retain and build on existing shareholder value.