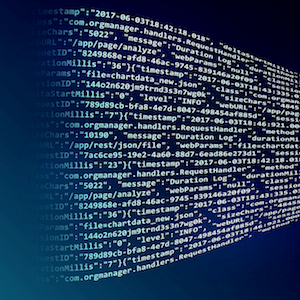 On the 27th of March casino and sports betting technology provider SBTech shut down its entire suite of datacentres around the world after it became aware of the fact that a massive cyber-attack had been launched on its operations.

The threat surfaced in the early hours of the Saturday morning and prompted an immediate downtime that lasted all of 72 hours. The affected sites came to 50 online casinos and sportsbooks in total, some of which are yet to return to full operating capacity. Some others remained offline for the remainder of the weekend following the breach but have since been re-launched.

But despite the fact that no data has supposedly been leaked or breached thanks to the prompt action on the part of the company’s cybersecurity team, some $30 million will now be set aside so as to settle any possible future claims from clients affected by the breach and downtimes.

The money to be set aside has been mandated as such by Diamond Eagle Acquisition Corporation, the entity previously created for and tasked with merging SBTech with U.S. sports and fantasy betting operator DraftKings. The money to be set aside will be retained for the purpose of covering possible damages as a result of the breach, and will be held back for a period of at least 2 years.

Diamond Eagle Acquisition Corp. has reportedly filed the amended agreement, which makes provision for the retention of $10 million of the $600 million cash consideration in terms of the merger as well as $20 million in combined casino company shares, with the U.S. Securities & Exchange Commission.

Merger To Continue As Planned

The amended merger agreement filed with the commission further stipulates that should the amounts mentioned not prove sufficient to cover future claims filed as a direct result of the casino and sportsbook data breach, then a further $25 million in cash, along with $45 million in combined entity shares, will be released to a special fund for the purpose of future settlement amounts.

In the unlikely event that even the backup amounts turn out to fall short of future damages claim amounts, then SBTech’s current sellers, not excluding founder and shareholder Shalom McKenzie in his personal capacity, will have to foot the additional settlement bills, a provision said sellers have apparently agreed to.

Diamond Eagle Corp. has since confirmed that the merger remains on track despite the recent cyber-security breach incident.