New Sega Slots In The Pipeline 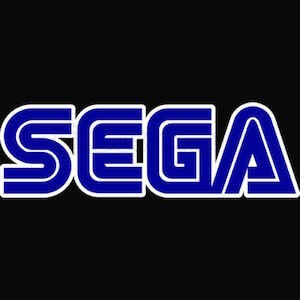 Last month’s ASEAN Gaming Summit that was held in Manila, saw Japanese games manufacturer SEGA SAMMY CREATION (SSC) unveil a brand new concept involving the production of a new line of video slots based on various themes straight out of classic SEGA video games. The developer-manufacturer has announced that it plans on showcasing the first of these at the upcoming G2E Asia show, which is scheduled to take place in May.

Electronic gaming machines, or EGM’s, are highly profitable especially in Asia, and SSC has already installed a number of their new SEGA-themed slot cabinets at various casinos in Macau.

The SEGA IP series will initially consist of two titles. The company has published some teaser content and its quite obvious already at this stage that fans of the original SEGA video games will be very pleased by what they are about to discover. The developer has spared no expense in its attempts to re-create the classic signature elements, characters, functionality and even particular colour schemes and modes of play that were so typical of SEGA’s classic video games.

The new slots will no doubt also attract the attention of a younger generation of players; something that is currently quite high on the global priority list of the worldwide market. New generations may not be all that familiar with classic SEGA video games but to them, it’s simply a matter of discovering something new and very entertaining.

Hisao Oguchi, President and CEO of SEGA SAMMY CREATION, says that there’s actually nothing unusual about its decision to create slots based on classic SEGA video games themes. Oguchi said that SSC is at its very heart a gaming company first, and a gambling company second. Games are its forte; whether classic video releases or slots, is essentially irrelevant. As long as it entertains, it’s considered worthy of being called a SEGA game.

And entertain it certainly will, judging by some of the bits and pieces of the content that has made its way into the public domain. The Japan-based company has said that its very much looking forward to showcasing some of the finished products at the upcoming Asian expo.