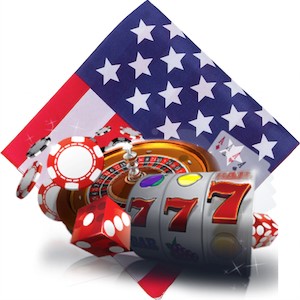 2018 was a good year for the US commercial casino industry. According to the American Gaming Association, gaming revenue increased by 3.5% from the previous year to reach $41.7 billion.

The association made its announcement of the all-time high in the State of the States 2019. The report provided insights into the market and its financial performance in the 24 states in which gambling operations are legal. 12 of those states also saw revenues reach record highs. The growth in revenue was faster than the year’s economic growth rate for the country.

The operations taken into account in the report included 465 land-based, racetrack, and riverboat casinos, as well as jai alai frontons. Illinois and West Virginia were the only states that saw a decrease, albeit slight, in revenues.

The report also revealed that the state, as well as local governments, received $9.7 billion in gaming taxes, as well as more in income, sales, and other taxes.

The different types of casinos enumerated in the report were not solely responsible for the US gaming revenue all-time high. Sports betting revenues in 2018 were at $430.2 million, representing an unprecedented 64.6% increase from 2017’s $261.3 million.

According to the association, the sector’s contribution is set to increase as more states legalise betting on sport.

According to association CEO and president Bill Miller, the increase in casino gambling and sports betting revenues last year indicated that local economies around the US were strengthening. They also indicated that new casino properties had opened in various places.

Miller added that the continued growth of the industry, which it has enjoyed every year bar one since 2009, benefited various communities. He explained that, in addition to proving almost 2 million job opportunities, the industry was able to partner with non-profit organisations as well as small businesses. He said this meant an increasing number of people were becoming aware of how the industry can benefit not only the economy, but society as well.

The growth of the industry in the US is in keeping with a worldwide trend. According to the report, Gambling: Global Market Opportunities and Strategies, the country has the second-largest market share in the global industry, which, in 2018, was worth $449 billion. The report also estimated that, globally, the industry will be worth $565 billion by 2022. Altogether, global amusements are predicted to be worth more than US$652 billion by that year.